On the glorious day of September 15, at the Ocean Institute located in the beautiful harbor of Dana Point, Sara and Mathew became Mr. and Mrs. Stewart. As their Wedding Planner at Ocean Institute, their ceremony was nothing short of sweet and funny with personal humor by their officiant and friend Neil Rotter with the addition of their precious Roxi ( cutest pitbull ever). The ceremony had some intimate aspects tied in with Mathew coming from a Jewish family, such as the signing of a Ketubah and of course the traditional breaking of the glass!  The birch chuppah they were wedded under was lovely and eye-catching with the beautiful florals done by Bonnie Peterson with The Tangled Vine and tied perfectly into their oceanside wedding.

The reception area was fun and romantic all together with their photo booth provided by Happy Cow with a cardboard appearance by Justin Timberlake that Sara provided of course. Who doesn’t love Justin?! It was a total hit with the guests! Their centerpieces tied into the ocean location with a candlelit lantern with pretty blue and clear glass pieces inside. Once the grand entrance, which was grand! Was through tables were excused to head to the delicious taco/Mexican food buffet provided by Canyon Catering that was enjoyed by all. Now the band was exceptional! The Kalama Brothers definitely know how to get people out of their seats and on the dance floor! Such a fun element having a band that can play all types of music that keep the night rolling. While everyone was on the dance floor another fun tradition took place with the bride and groom being lifted in chairs by their friends and family. I would have been holding on for my life! But they were having a blast with everyone! As a Wedding Planner at Ocean Institute, the night was ended with dancing and people making sure to get their shots with Justin and the real celebrities Sara and Matt!

Click here for more information about our team planning your wedding day. 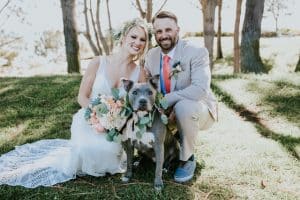 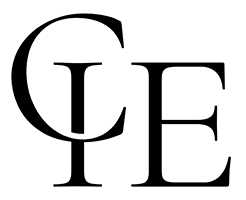